Sometimes serendipity strikes and you find a great restaurant at the perfect time, like when we found Kara’s Korner Deli and its corned beef and cabbage just days before St. Patrick’s Day. This is a great restaurant in the Glendora Village that will certainly please your entire family with its many ... END_OF_DOCUMENT_TOKEN_TO_BE_REPLACED

The best proof of a sound choice is when you get to a restaurant and it’s buzzing with people. That is Nano Café on the weekends – a happy place filled with patrons enjoying all sorts of breakfast and brunch choices. We had the most delicious brunch last week, and we think you will also love ... END_OF_DOCUMENT_TOKEN_TO_BE_REPLACED

Girls’ night out? Friday after work drinks? Or maybe it’s just Tuesday…  Here are some places to enjoy a nice cocktail in the Foothills. Frisella’s Roastery in Glendora Located in the Glendora Village, you can visit Frisella’s for dinner, and now, thanks to the new bar, for a night of ... END_OF_DOCUMENT_TOKEN_TO_BE_REPLACED

Never miss a thing in the Foothills!

Let us keep you in the loop. Get fun, upcoming events delivered to your inbox weekly! 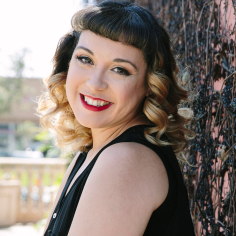 Connect with Me on:

Let's Chat About Buying or Selling a HomeSchedule Appointment